The foothills of the Lesser Caucasus Mountains along the eastern coast of the Black Sea in the republic of Georgia, forms on one of the world’s biggest corridors for migrating birds, and chiefly for the impressive legions of over a million large soaring birds of prey and many relatively smaller raptors of up to 35 different species. The main event takes place right above and in the surroundings of the small vibrant town of Batumi. Every autumn gives rise to a great annual journey and hundreds of thousands of birds leave their breeding forests and plains of Eastern Europe, European Russia and West Siberia, traveling highly concentrated to their wintering grounds far in the east, principally to African continent, making this transit area one of the most important flyway routes in the Western Palearctic, widely known as Batumi Bottleneck. Our tour provides a wonderful opportunity to witness this visually striking performance during the reach of its culmination phase, which leads to a staggering daily score of over 100,000 raptors, while other birding hotspots in and around Batumi offer massive falls of diverse marine, coastal, freshwater and passerine birds. With such a terrific mixed variety there is no doubt this birding week to be just as remarkable and exciting under the raptor-filled skies and many other cool birds.

There are two major wisely organized neighbouring hilltop watchpoints, right in the epicenter of raptor migration, and both watchpoints offer a stunning panorama of the Black Sea shoreline, Batumi town and the Greater Caucasus Mountains, but most importantly, they offer the best views of the tornado like monster kettles and never-ending streams speaking literally. This is a period, when the most numerous European Honey Buzzards, Steppe Buzzards and Black Kites are joined by Lesser Spotted, Greater Spotted, Steppe and Eastern Imperial Eagles, while Booted and Short-toed Eagles are fairly frequent throughout the whole season. A pretty good number of harriers are likewise most likely to be expected during this week, including Western Marsh, Pallid and Montagu’s, and perhaps a few belated Hen Harriers – they as a rule migrate early in the season. Although not a local highlight, but still a few species of vultures, such as Eurasian Griffon, Cinereous and Egyptian, can also be spotted in flight. Here, time to time looking up and on either sides is crucial, as often many slim and slender-winged raptors tend to swoop in anytime and out of nowhere; various interesting falcons and accipiters are in rich offer here, including the Levant Sparrowhawk. On top of all, there are realistic chances to earn a special reward, such as Crested Honey Buzzard. This is a rather infrequent east Siberian specialty, migrating through Batumi in a sufficiently modest number, and usually it is a challenge to pick one out of an insane migration, especially when hybrids with European Honey Buzzards occur, but is definitely not a mission impossible. Amongst the regular non-raptor birds, one should mention a large number of Black Storks, thousands of noisy European Bee-Eaters bustling around the watchpoints all day long, and many more! To enjoy other attractions of the bottleneck migration and to enrich our birding week with even more highlights, we aim to visit different popular birding sites in the environs of Batumi, most of which are equally interesting from a perspective of other wildlife, such as late summer botany, insects, amphibians and reptiles. 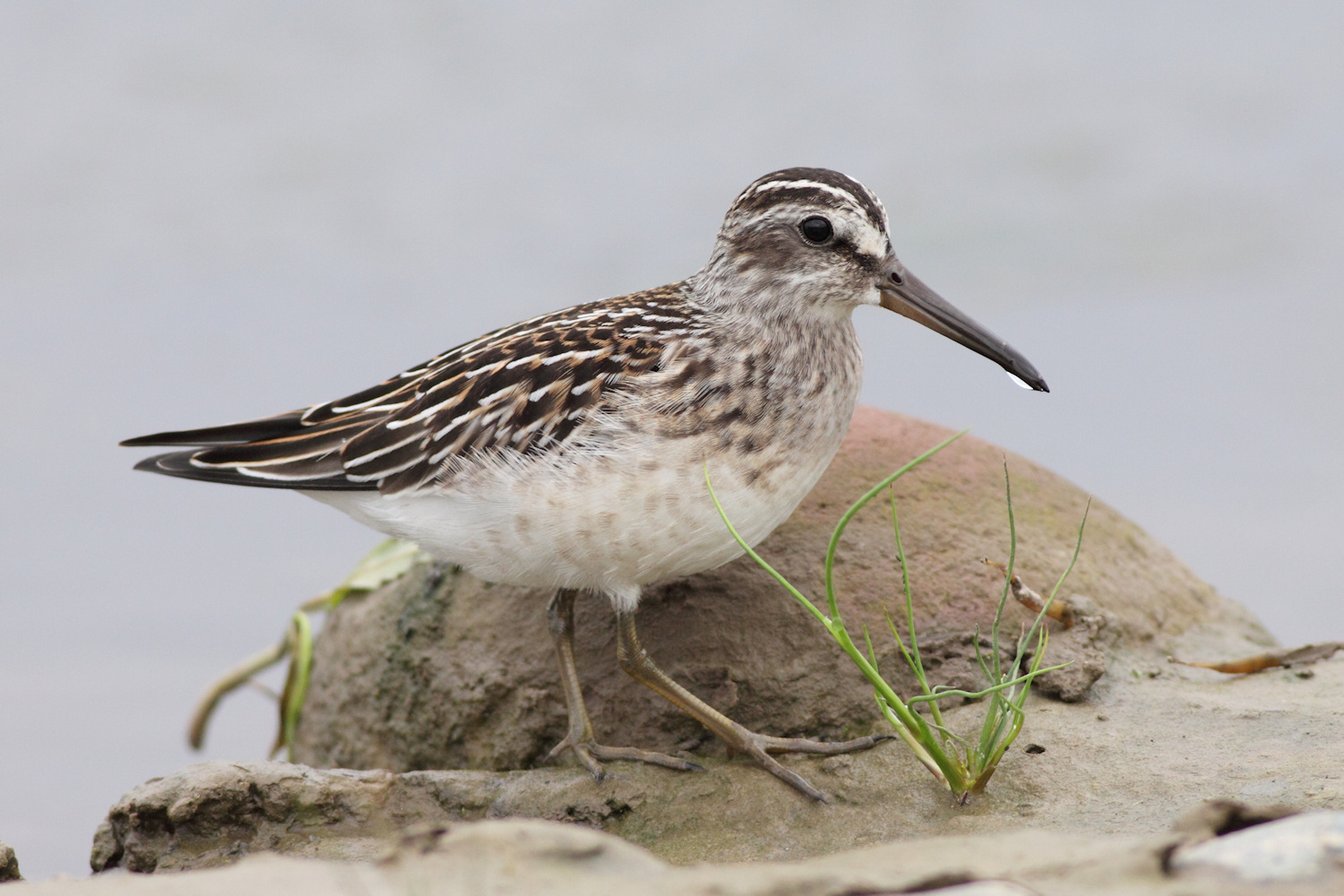 The Chorokhi River Delta south of Batumi is probably the most visited ornithological hotspot during migration. In view of the fact that it provides an extremely advantageous location and a full set of biotops, the area is a vitally important stopover and roosting site that attracts an astounding species array, where every single day results in new experiences. Here, profusion of reedbeds and sumptuous blackberry and buckthorn bushes provide a decent compilation of many common and more delicate species of Warblers, such as for instance Barred, Sedge, Moustached, Great Reed and Blyth’s Reed, Paddyfield, River, Savi’s, Eastern Olivaceous and even Booted. Amongst the other passerine birds in the same environment the most probable species are Red-backed, Lesser Grey and Woodchat Shrikes, Ortolan Bunting, Bluethroat possibly showing in a couple of forms of subspecies and a lot more. Also, the chances are good to see some special Stonechats, like Siberian maurus and South Caspian variegatus. The short height green trees are usually occupied by Rose-coloured Starlings, Eurasian Golden Orioles, European Rollers, European Bee-eaters, with a rare luck for a Blue-cheeked, and European Turtle Doves, with some glimmerings of a chance for a slightly bigger and darker Oriental. A Yellow Wagtail, including the Caucasian feldegg type, Tawny and Red-throated Pipits, Greater and Turkestan Short-toed Larks, Calandra Larks, Eurasian Hoopoe, etcetera, are all approachable in the meadows, while Isabelline Wheatear is an easy encounter anywhere along the gravel beach, what can not be said about Desert Wheatear, which is rather rare, but who knows, maybe fortune smiles upon us. At mudflats, marshes and shallow ponds, four species of Herons, including Purple and Squacco are regular sights, as well as Little and Great Bitterns, Grey-headed Swamphen, Cattle Egret, Glossy Ibis, Eurasian Spoonbill, Little and Spotted Crakes, and occasionally Baillon’s too. The ducks are more limited in diversity this time, but often include a few enticing species, such as Ruddy Shelduck, Ferruginous Duck and Red-crested Pochard. What is unlimited, then it is a splendid choice of different waders! An extensive list comprises of multiple upscale and more widespread species; Collared and Black-winged Pratincoles, Curlew, Broad-billed, Terek and Marsh Sandpipers, Common, Great and Jack Snipes, Stone Curlew, Ruddy Turnstone, Red-necked Phalarope, Black-winged Stilt, Temminck’s Stint and so much more, all are predictably obtainable during this week. Well, occasionally, but even Sociable Lapwings take a rest in here before their next flight. And, from a passerine point of view, must certainly mention a Citrine Wagtail, which is almost unmissable. A big crowd of Gulls at the river estuary also involves several Armenian and Slender-billed Gulls. On gray and overcast days offshore winds help to observe Yelkouan Shearwaters closer to the land.

The Batumi Boulevard and attached seaside parks are a great place for a leisurely stroll and birding. The area offers an interesting selection of numerous passerines, especially after thunderstorms or rainy nights, when many birds are forced to take a break and find shelter. On such days hundreds of Common Quails are skulking in the greenswards and it is so easy to overlook the roosting European Nightjars on tree branches, but little bit of a targeted quest yields satisfactory results. The Batumi Botanical Garden, with its unique collection of Phytogeographical departments from nearly all across the globe, exhibits the richness in migratory and local songbirds, but here the resident Krüper’s Nuthatch and Short-toed Treecreeper are of particular interest to us. If we fancy an escape from the oppressive heat, there are no better ways than using this opportunity to spend some quality time under the impenetrable shadows of a dense rainforest of Mtirala National Park. Harbouring a set of different woodpecker species, including White-backed of lilfordi type, in the autumn none of them, except for Lesser and Great Spotted, are easily achievable without a great effort or a luck, but on the other hand we should not miss getting good views of Green Warbler, Caucasian Mountain Chiffchaff, Red-breasted Flycatcher and Caucasian White-throated Dipper caucasicus.

An hour drive north of Batumi takes us to Kolkheti National Park, or Colchic Wetlands in more colloquial term, a place of multiform freshwater marshes and giant lake of Paliastomi in the midst of a dense broadleaf forest, acting as a perfect site for communal roost or just as a shelter for many migrating bird species. Furthermore, an overwhelming number of fussy Common Kingfishers over the whole stretch of Pichori riverbed, hovering and plunging Osprey, resident White-tailed Eagles and up to 8 species of terns; Little, Sandwich, Gull-billed, Common, Caspian, Black, White-winged and Whiskered, all are possible on the lake, lakefront or at the sandy seashore, just a few minutes away across the road. This is a preferred place for many dozens of varied shorebirds too and here the observations at first place may include Pied Avocet, Eurasian Oystercatcher, Black-tailed and Bar-tailed Godwits, Eurasian Curlew, Whimbrel, Kentish Plover and other widespread and let’s say more desirable Eurasian species, but often birds like Lesser Sand and Greater Sand Plovers may also happen foraging amongst others. They are indeed rare migratory birds, but we are used to annual records of one or two individuals each autumn.

In general, the rare birds of fortune we would call them are part and parcel of migration in Batumi, where any eastern species can turn up, like it happens every year. Because of this reason, birders often say ‘everything is possible in Batumi’ and this is true! Here the chances to become an author of a very rare record for the country are pretty decent, but it won’t be our gold rush of course, unless such a great observation finds us naturally.

At the end of this tour, between 18th to 21st of September, we offer the possibility of extending this week for another three days to visit the historical region of Svaneti in the Greater Caucasus Mountains for the Endemic birds or the Caucasus’s Big Five birds to be more precise. During this tour there is absolutely no need of making a difficult hike up or down on a steep slope, but we will simply drive all the way up to 3000+ meters using an available gravel road, where all the mountain specialties are found. Here the birds of our main focus will be Caucasian Snowcock and Caucasian Grouse, where some other alpine highlights are likely to contribute as well, and these are Great Rosefinch, Güldenstädt’s Redstart, Caucasian Mountain Chiffchaff, Caucasian Black Redstart, Caucasian Twite, Caucasian Alpine Accentor, Caucasian Horned Lark and Red-fronted Serin.

For additional information about this tour, please send us an email at info@birdingcaucasus.com