A charming edge of the South Caucasus expands from the Greater to the Lesser Caucasus Mountains and from the Black Sea to the Caspian, forming an incredible nature frontline with an extremely bird-rich abundance, making it unarguably one of the best ornithological destinations in the Western Palearctic and a lot distinct from any other corners throughout the world. Our pride, the Grand Caucasus tour offers delightful ten days birding around wonderful patches of Georgia and Armenia, with a great opportunity to see some of the Caucasus’s most wanted and unmissable wings, alongside with a good cross section of other wildlife specialities. These fabulous countries are truly blessed with exceptionally advantageous geography forged at the junction of Europe, Middle East and Asia, and in spite of such a small territory, that’s about the size of Iceland, provide a surprisingly wealthy birdlife. The entire journey is accompanied by stunning landscapes covering a number of primary hotspots and biome types ranging from the illustrious Caucasus’s snow-caped mountains, dry steppes, intact savannas, barren mountain semi deserts, impressive gorges and canyons, lush deciduous forests and waterfowl teeming wetlands and lakes. With such a scenario it is no wonder to gain equally varied and rewarding results with a potential of over 250 species.

Our exhilarating excursion gets underway from a Georgia’s eternally enchanting capital venturing straight to the glorious Greater Caucasus Mountains and making a number of interesting stops en route. A spin to the north and our first meeting with country’s fauna is the easternmost indigenous Kruper’s Nuthatch found in a patch of pine wood next door to the city. The way further and a few more birding pauses, before approaching our spot, an alpine townlet beneath the snow-topped mountains, where we will spend the next three days, while experiencing the delights of this admirable hotspot. 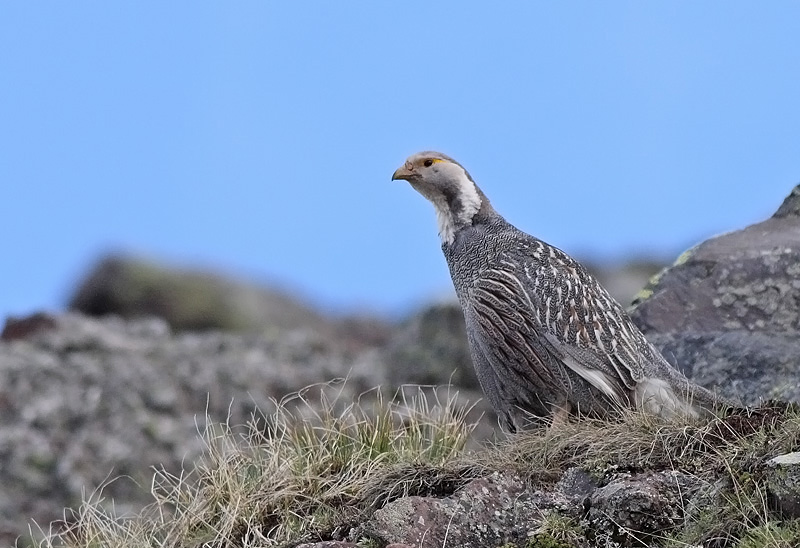 This region offers some of the splendid sceneries and shelters the Caucasus’s Eminent Five. Caucasian Snowcock and Caucasian Black Grouse can be nicely seen exploring the ambient rocky and rhododendron carpeted slopes, and at that time it is most likely to witness spectacular display scenes. There will be certainly some mammals to obtain, with good chances to encounter a flock of nearly threatened Eastern Tur, and if the fortune is on our side, the carnivores, such as Lynx and or Grey Wolf can be spotted as well. Guldenstadt’s Redstart and Great Rosefinch are rather higher and to see these elusive birds it will require us to overcome the distance from 2170 meters up to the higher terrain at 3000, where both breed. This jaunt contains as uphill walks, as well as the gentle rambles and this is the only trekking part of the tour, but at the end of the day we will return back with a list of the wonderful upland highlights. Glancing around the river valley and various gorges, we should expect some of more targets, including Corncrake, Horned Lark, Red-tailed Rock Thrush, Barred Warbler, Caucasian Chiffchaff, Green Warbler, Wallcreeper, Red-fronted Serin and White-winged Snowfinch. Amongst multiple birds of prey, we can anticipate Bearded, Griffon and Black Vultures, Golden, Steppe, Short-toed and Booted Eagles, as well as many other goodies amidst the peak migration passage. Our final birding day in Georgia will involve an outing to the country’s east and the medieval cave friary in the vicinity of the marvellous Mediterranean type arid badland landscapes, with expected species, including Egyptian Vulture, Eastern Imperial Eagle, Chukar Partridge, Blue Rock Thrush, Lesser short-toed Lark, Eastern Orphean Warbler, Rock Sparrow, thousands of Rosy Starlings and a lot more pretty tails. 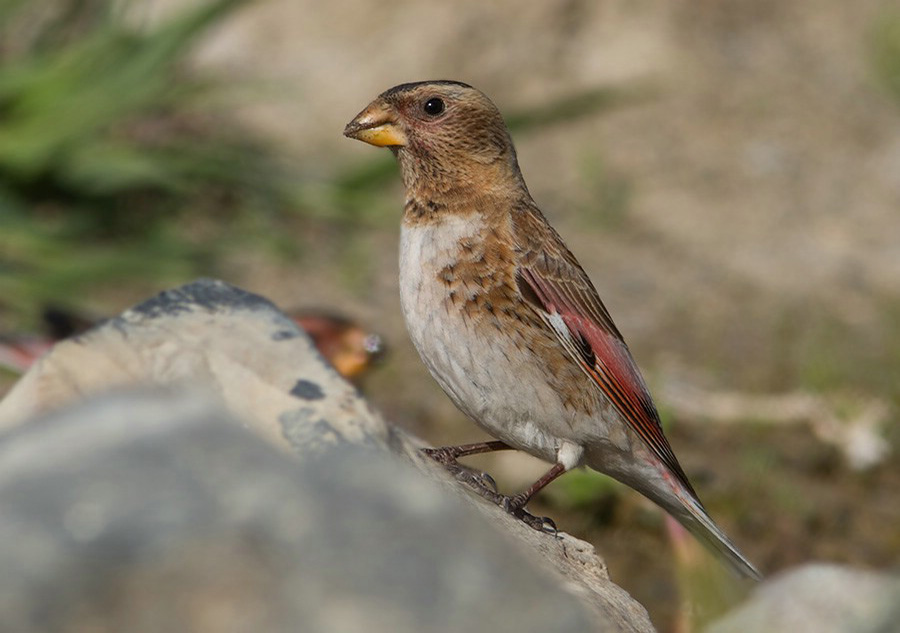 The journey continues to Armenia through the large thick forest hosting a well approachable Red-breasted and Semicollared Flycatchers. Lasting short to the south we come by the country’s biggest water body, with largest in the world population of Armenian Gulls alongside with sundry waterfowl patterns, while a step away from the lake we find some crags and the resident Eurasian Eagle-owl. Diving deeper southwards and across some of the dramatic mountain pass we reach an old monastery in the red clay canyon settings, where the sightings should include both Western and Eastern Rock Nuthatches, Upcher’s and Eastern Olivaceous Warblers, Scops Owl and the area’s postcard, Bezoar Goat roaming around and often within the bare aye reach. On one of the mornings we make an off road ride up onto the ridge that harbors Caspian Snowcock and apart from that, undoubtedly there will be some more highland specialties to detain us, before shifting back to the lower altitude and the different habitat, with lovely semi-arid paysage, scrubby vegetation and the remarkable species’ array, such as Rufous-tailed Scrub and White-throated Robins, Pied, Finsch’s and Persian Wheatears, Pale Rock Sparrow, Trumpeter Finch, Desert Finch and Grey-necked Bunting. Another adorable day be waiting for us visiting the vast wetland site at hand from the southern borders with Turkey and Azerbaijan. This popular bird sanctuary encompasses numerous ponds and attracts a massive selection of waterbirds and passerines. Marbled, Ferruginous and White-headed Ducks, Pygmy Cormorant, Black-winged Pratincole, White-tailed Lapwing, Broad-billed and Terek Sandpipers, Menetries’, Moustached and Paddyfield Warblers, Bluethroat and the flamboyant Blue-cheeked Bee-eaters, all are regular observations. Our farewell day takes us northwards from the capital and to the country’s highest point, with a diverse range of altitudinal sightings to reckon, including Bimaculated Lark, Radde’s Accentor and Asian Crimson-winged Finch.

We will wind up the epilogue with a sumptuous traditional dinner afore an own migration journey back home.

For more details (itinerary and quote) and reservation: info@birdingcaucasus.com

You can also get acquainted with our trip reports for previous years: